Homestead, FL (March 23, 2015) – The South Florida SPCA is delighted to announce the birth of a filly at its ranch in Homestead, FL. Last night at 7:55pm, Quarter Horse mare Starr delivered her foal, with director of ranch operations Laurie Waggoner on hand to make sure the birth went smoothly. Both mare and filly are doing fine, and have been seen by Dr. Zachary Franklin of Templeton and Franklin Veterinary Associates.

The birth comes as a huge relief to staff and volunteers as the “foal watch” between Starr and another pregnant mare, Brownie, went on for weeks. Both mares were in foal when they came to SFSPCA, their paternal parentage unknown. 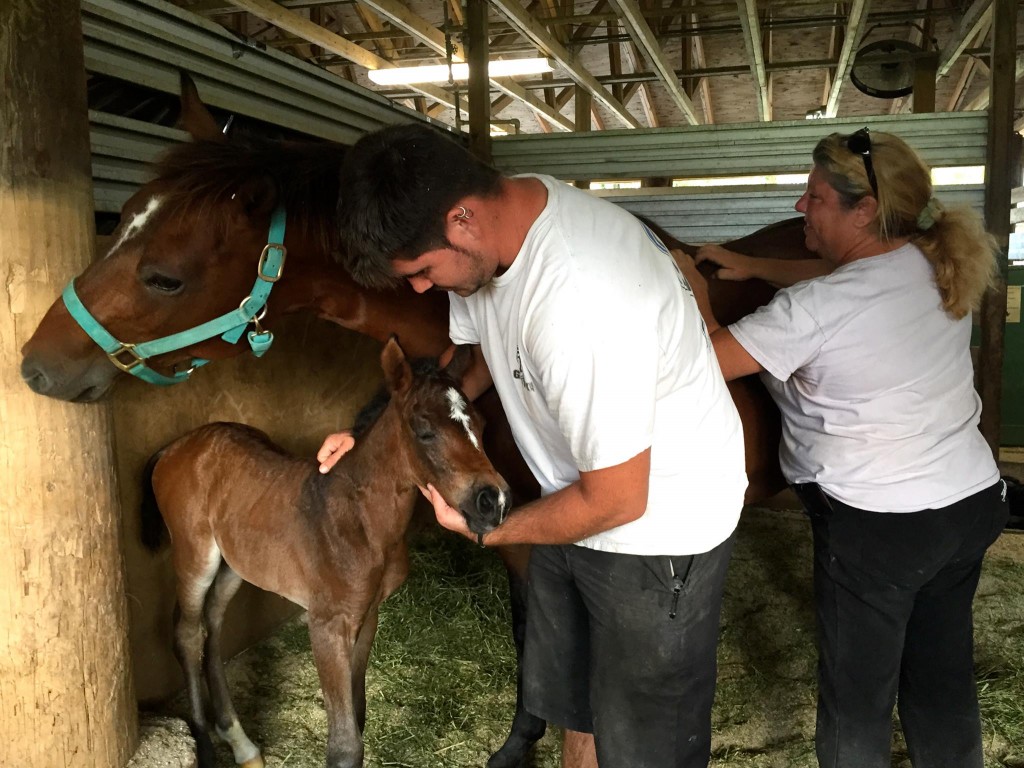 Because the filly looks almost exactly like her mother, down to the blaze on her face, Waggoner named the foal “Mirror Image” on the spot.

“The anticipation of the foals’ arrivals has created a lot of excitement at the ranch. We see so many cases of abuse and neglect. Starr herself was a cruelty case, rescued from an illegal slaughter operation in October, 2014. Though she is the mirror image of her mother in looks, her life will be very different. ‘Image’ will know only love and kindness from us and her future adopters,” said Waggoner.

The waiting game continues with Brownie, a Thoroughbred mare found abandoned on July 2, 2014 with three other horses on vacant, remote property in SW Miami-Dade.

Of course, donations are always needed and appreciated to help with the care of this filly, her mother, and all the other horses and animals at South Florida SPCA. If you would like to make an honor donation, CLICK HERE.